Having recently played tour guide to a dear friend, I wanted to share this photo that I took during our stay in Niagara-on-the-Lake.

The water in the background is the mouth of the Niagara River, emptying into Lake Ontario.

Across the river is Youngstown, New York, USA, and the building on the point is Fort Niagara. Niagara-on-the-Lake has its own fortifications, Fort George, which stand about a kilometre to your right from the perspective of this photo. Two centuries ago, Canada and the USA were not the best of friends.

The water in the river has just come over Niagara Falls, 20 kilometres upstream. It has a greenish tinge from the sediments picked up during its churning journey of rapids, falls, and whirlpools. Even at the mouth of the river, it's dangerous to swim.

20% of the drinking water in the USA goes over Niagara Falls.

It is believed that Niagara is a derivative of the Iroquoian word, “Onguiaahra”, which was anglicized by missionaries. The name appears on maps as early as 1641. The generally accepted meaning is “The Strait”. ... Others believe the word Niagara is taken from another native word meaning, “Thundering Waters”.

On a personal note, this town has long been special to me, since my parents brought us here on day trips when we were young. When I went by on my run the other day, I reminisced and it struck me that the little girl who picnicked in this park and skipped rocks on the little spit of sand in front of the gazebo would never have imagined that nearly half a century later she would be there again - now married and living quite far away - as the 9th in her succession of dogs underwent surgery. 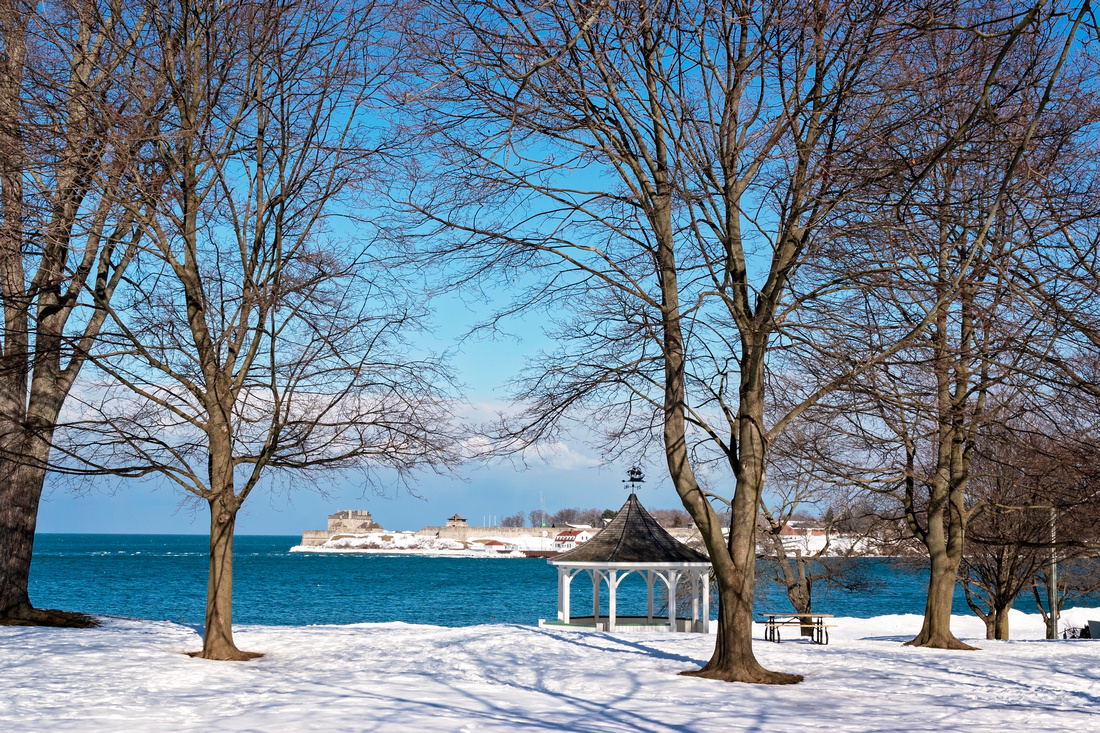