It's rare when language is equally lyrical as the visual poetry that this world provides, but very occasionally there is an equivalent eloquence in how we write or express what we see. The French-speaking people of Eastern Canada use the expression pied-de-vent to describe the phenomenon of rays of sunlight streaming down from the bottoms of clouds that more or less obscure the actual source of light. Literally translated, it means ''feet of the wind'' - nonsensical, perhaps, but so picturesque and so perfect a descriptor of this ephemeral phenomenon. I've tried to capture it here through camera and lens, but the image doesn't do justice to what it looked like in real life, before it was gone as quickly as it appeared. 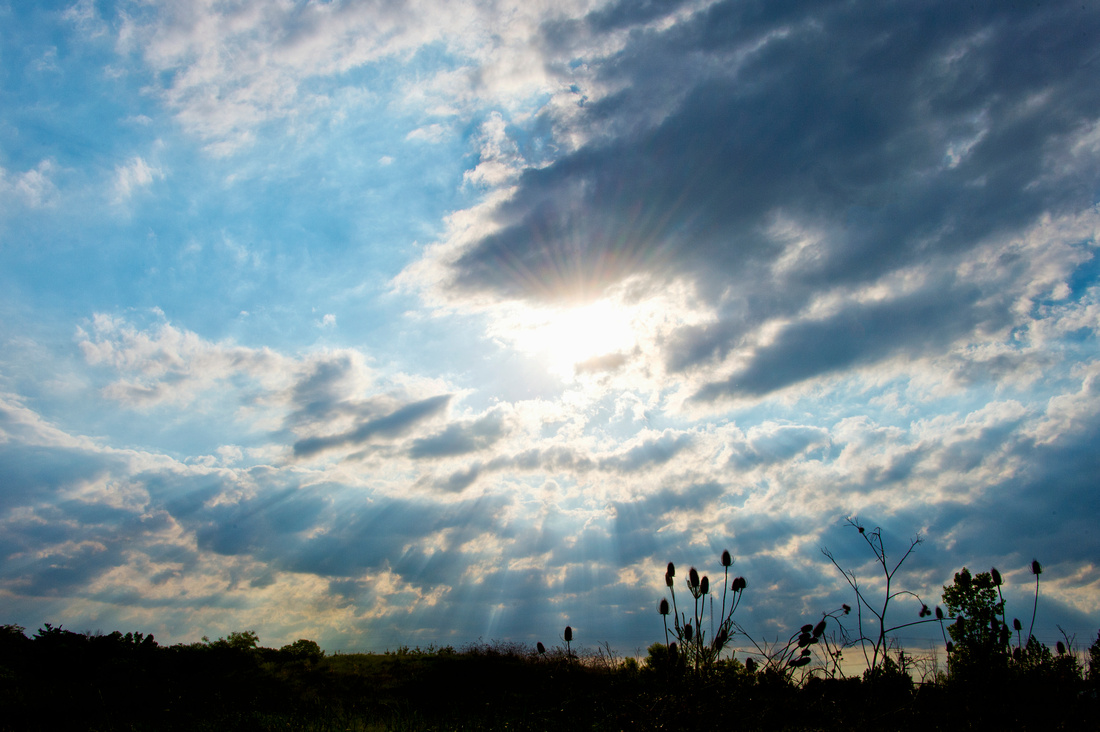 Al(non-registered)
I really enjoyed the lyrical nature of both your narrative and the supporting photo, or i could have said, the photo and the supporting narrative. ....and I can see that knowing more than one language is also enriching.
Lois(non-registered)
Thank you for sharing the phrase and its meaning and this incredible photo. The last couple of days must be sent to NH from Canada - they have been outstanding, clear and dry!!
John(non-registered)
Thanks for the lesson. I wondered what these were called. Hopefully someday cameras can capture everything we see until then descriptions like this will do
No comments posted.
Loading...
Subscribe
RSS
Recent Posts
ICM Hold my hand Who goes there? 1 year Quietude Autumn's embers gouaches, encore away with the fairies walks on water? buds
Keywords
Archive
January February March April May June July August September October November December
© Catchlight Canada
Powered by ZENFOLIO User Agreement
Cancel
Continue